Our team includes several physiotherapists (see below), as well as other rehabilitation health care providers in our physiotherapy clinics.

Here are some of the injuries that our physiotherapists in the Montréal area treat:

Many other types of injuries can be treated by our physiotherapists in Montréal and Dorval. They can also take care of various other problems and help you with rehabilitation. Here is an overview of other services offered by our team of physiotherapists: 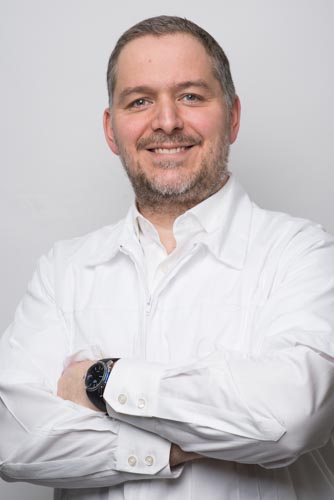 Physiotherapist / Co-founder of the clinic

Founded in 2008, the AMS Medical and Rehabilitation Centre is the result of the initiative of several health professionals   , including Richard Bouzaglou. Throughout his studies in sports medicine (at Concordia University) and physiotherapy (at McGill University), Richard has developed a wide range of therapeutic approaches in Montréal. He is recognized as the main designer of an innovative and interdisciplinary rehabilitation department in one of the largest private centres in Québec.

It is this energy and sense of innovation that he has brought to the AMS Clinic. In sports medicine, Richard has had the opportunity to work with high-calibre athletes during his years as head therapist in the fields of hockey, soccer, and soccer teams at CÉGEP Saint-Laurent. Wishing to further his training in the field, he then turned to the prestigious Department of Physiotherapy at McGill University, from which he graduated in 1999. A fervent supporter of continuing education, Richard has taken (and continues to take) advanced courses in osteopathy, manual therapy, spine examination and treatment, as well as several specialized spine treatment seminars, such as the McKenzie Method and the Mulligan Concept. A firm believer that knowledge rhymes with learning, Richard has also served as clinical residency director for physiotherapy students at Université de Montréal, McGill University, and CÉGEP Marie-Victorin. 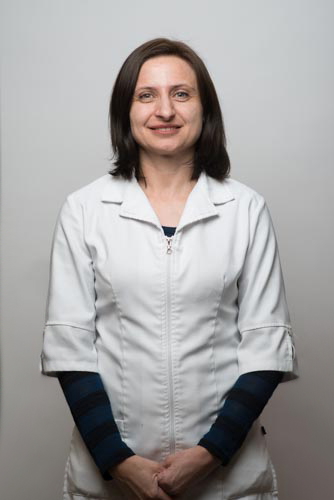 Korina graduated in physiotherapy from the Université de Montréal in 2014. She has had several internship experiences in different hospitals in Montréal. Passionate and patient focused, she uses her analytical mind to understand the pathology and implement the optimal treatment for each patient.

BOOK NOW
with Korina
in Dorval 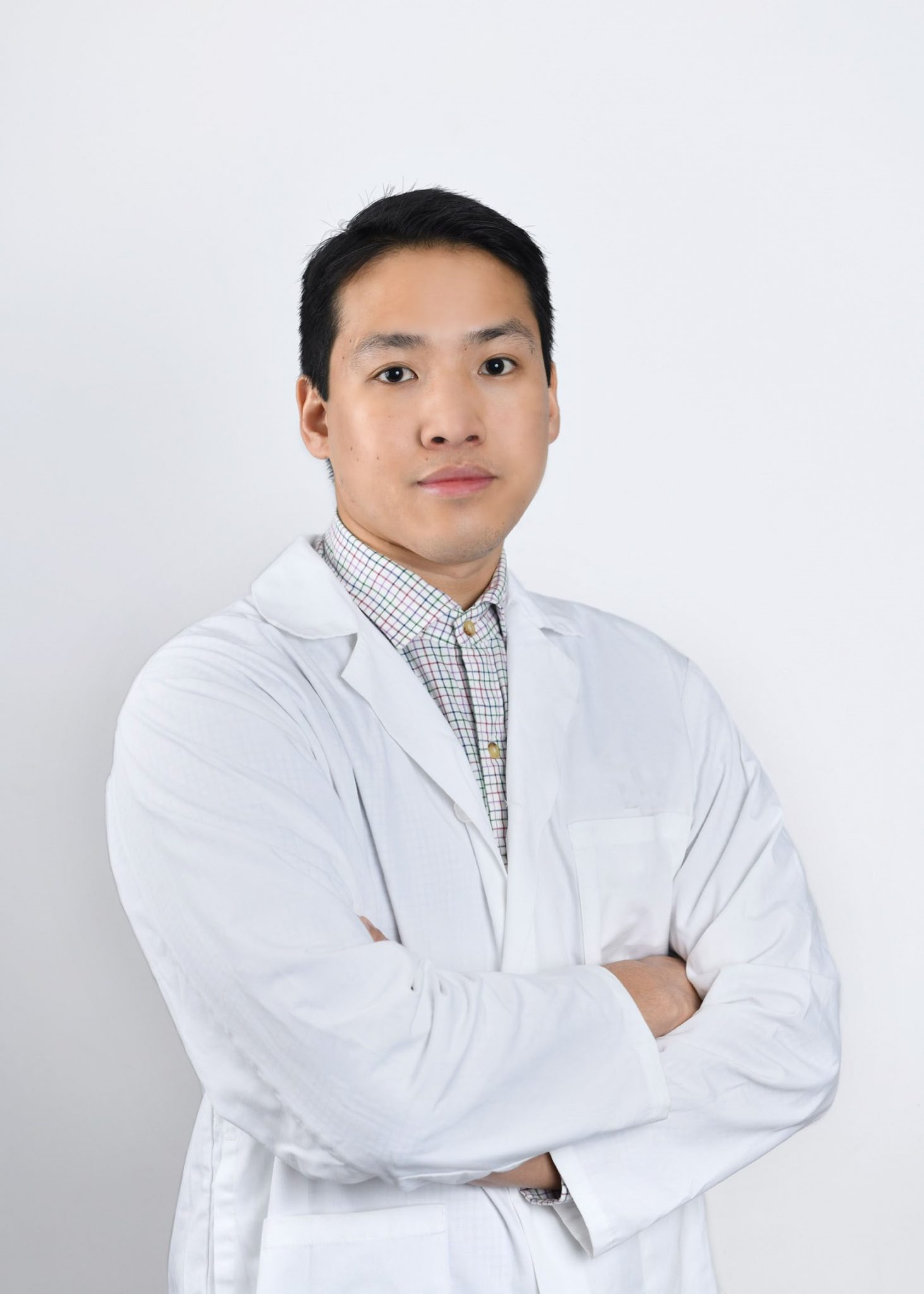 Martin has completed his Master’s degree in Physiotherapy at McGill University in November 2019. In addition, he has obtained a bachelor’s degree in kinesiology at McGill University in February 2016. During Martin’s Master’s degree in Physiotherapy, he has had the opportunity to work in different clinical settings (e.g. acute care, home-care, out-patient neuro rehabilitation and out-patient orthopaedics). As of November 2019, Martin is a licensed member with the Ordre Professionnel de la Physiothérapie du Québec (OPPQ).  Martin has been certified as well by the OPPQ to practice vertebral and joint manipulation.

Martin’s interest for the field of Physiotherapy stems from being able to help patients regain functional mobility that will allow them to return to activities that are meaningful to them. In order to provide quality care, he will engage in continued education and self-learning. Given the advancement in treatment methods and technology in the field of Physiotherapy, Martin strongly believes that continuous learning is essential in improving one’s ability to assess and treat patients. Likewise, Martin is aiming to obtain his certification for the McKenzie Concept and Mulligan Concept, which will allow him to perfect his assessment and treatment protocols of orthopedic injuries.

As a member of the AMS Clinic, Martin is looking forward to a flourishing career as a Physiotherapist and furthering his knowledge within the domain.

Justin Supernault is a Physiotherapist who studied at McGill University receiving his Master’s in Physiotherapy in 2019.  He also completed his bachelors of rehabilitation science at McGill in 2017.  During his Master’s Justin had the opportunity to work in a variety of clinical settings including Neuro Rehab in a brain tumor population, outpatient rehab of post operative THR and TKR, as well as several private orthopedic clinics.  Justin is certified from the OPPQ to practice peripheral joint manipulations and provide X-rays for acute traumatic injuries.

Having experienced many injuries himself, Justin has a passion for helping people get back to moving well in their life and being able to do the things that they love.  Justin strongly believes in being an evidence-based clinician and is aiming to become a certified strength and conditioning coach, as well as obtain certification in the McKenzie Concept.  Justin uses multiple approaches in his rehab from education on the condition, rehabilitative exercises, exercises for athletic performance as well as manual therapy for pain relief.

BOOK NOW
with Justin in LAVAL 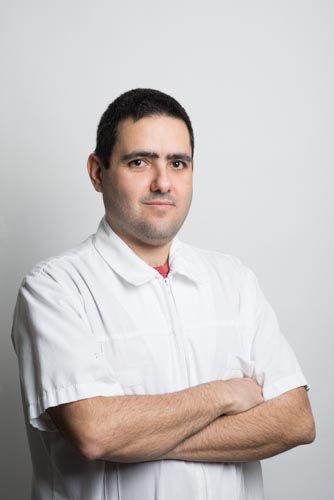 Moshe graduated from the 4 year degree in Physiotherapy from Beer Sheva University in Israel in 2006. From 2006 until the beginning of 2013 he worked at a physiotherapy clinic in Ashdod as a full time registered physiotherapist. Throughout the period of time since his graduation he has done many international and domestic postgraduate courses:

Moshe works with a wide variety of patients, many with various musculoskeletal disorders, sport related disorders and spinal issues.

BOOK NOW
with Moshe
in Cote-des-Neiges 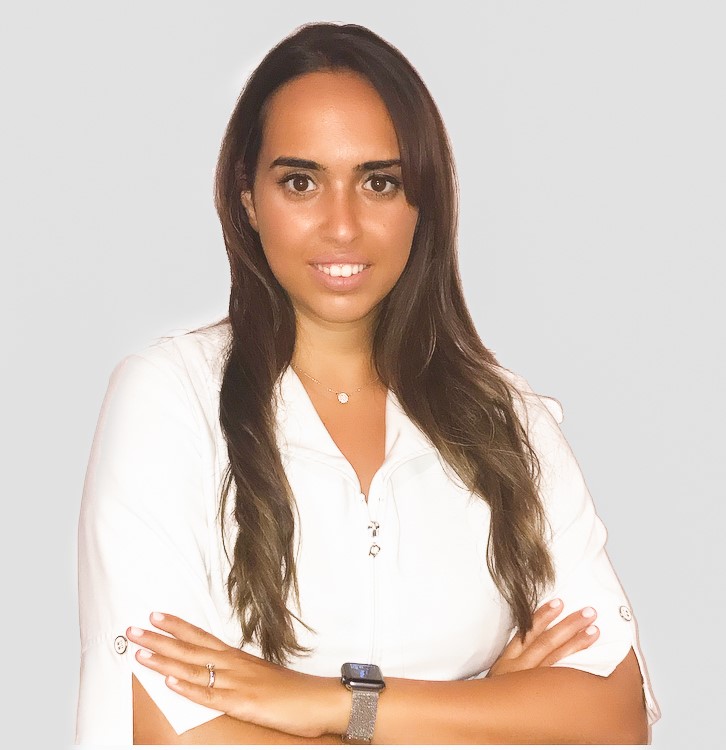 Arielle completed her Master’s degree in Physiotherapy from McGill University and a bachelors of Exercise science at Concordia University. She is a licensed member of the Ordre professionnel de physiothérapie du Québec (OPPQ).

Arielle has worked with diverse clienteles including pediatrics, athletes and geriatrics and has experience in treating numerous orthopeadic and neurological conditions. She has obtained her CPA  Orthopaedic Level 1 clinical integration for advanced orthopedic manual and manipulative physiotherapy and is currently completing a microprogram specializing in pelvic floor rehabilitation at the University of Montreal.

Arielle is passionate about health and wellness and is dedicated in furthering her   education in order to provide the best care for her patients.

BOOK NOW
with Arielle
in Cote-des-Neiges 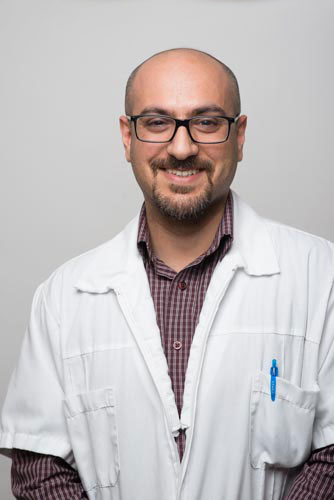 Behtash has been working as a physiotherapist since 2005. He has completed extensive study and work in sport injury and musculoskeletal disorders. He has been specifically working as the physiotherapist of soccer clubs for several years and has extensive experience in the management and treatment of sports-related injuries. Holding a Master of Science degree from McGill University, Behtash has participated in numerous continuing education courses and has obtained certificates for different therapeutic techniques such as manual therapy.

Behtash is ready for next stage in a successful career and looking forward to making a significant contribution for providing physiotherapy and treatment for patients.

BOOK NOW
with Behtash
in Dorval 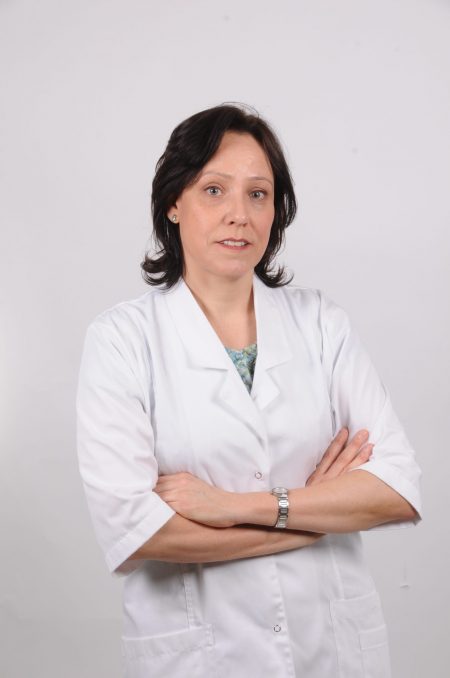 After graduating in physiotherapy from Paulista University in 2002 in Brazil, I followed a year of specialization in orthopedics in the most famous hospital of Latin America: The Clinic Hospital of the Faculty of Medicine of the University of São Paulo. I also did a specialization in postural correction (Holistic Gymnastics methodology).
Following this, I worked for 8 years in the private sector, where my main objective was to prevent patients from undergoing orthopedic surgeries, including spinal surgeries by treating them with the Holistic Gymnastics Method. The results obtained by this method were excellent since in 80% of cases, surgery was avoided.
In 2016, thanks to my success in the physiotherapy qualification program at the Université de Montréal, I had the opportunity to do internships in major Montreal institutions such as the Gingras-Lindsay Institute in Montreal and the Hospital Hotel Dieu.
Since 2016, I work as a physiotherapist in Montreal and my goal is to always promote the well-being and autonomy of the patient. To achieve this, I continue to pursue continuing education such as the McKenzie Method and the Mulligan Concept.

BOOK NOW
with Adriana
in Cote-des-Neiges

Mahboobeh has been working as a physiotherapist since 1998. After graduating in physiotherapy from Shiraz University in Iran, She founded Sina Rehabilitation Center, where her main objective was to treat patients with sports injuries, musculoskeletal disorders, stroke, cerebral palsy, brain injuries, pediatric conditions, burns, and rehabilitation post spinal surgery.

She has obtained a master’s degree in Physical Education & Sport Science-Sport Physiology, has been specifically working as the physiotherapist of sports clubs for several years, and has extensive experience in the management and treatment of sports-related injuries. Throughout the period since her graduation, she has done many physiotherapy postgraduate courses such as:

In 2022, Mahboobeh obtained recognition for her physiotherapy degree at Mcgill University and has obtained a Geriatric certificate at McMaster University.

Mahboobeh, as a member of the AMS clinic, is eager to provide the best treatment to the patients. 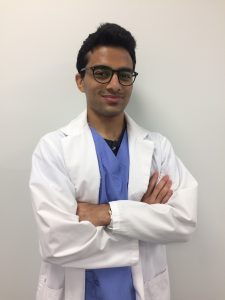 Nowaz developed a strong passion for sports starting at a young age. He played sports at a competitive level for several years, sustaining several injuries along the way. Nowaz wanted to get better quickly from his injuries, but it would take time, or he would get re-injured. A friend recommended him to a physiotherapy, and it is here where Nowaz was introduced to the practise of physiotherapy and injury prevention.

After Nowaz recovered more quickly, and sustained less injuries, Nowaz was intrigued by the profession, and decided that he wanted to pursue the field of physiotherapy.

Nowaz graduated from The School of Physical and Occupational Therapy at McGill University in 2020. During his time at McGill, Nowaz obtained both his Bachelor’s and his Master’s degree in Physical Therapy.

Nowaz has learned valuable professional skills throughout his time at school, at work, and through his participation in continuing education courses.  Nowaz has taken specialized courses on McKenzie-Mechanical Diagnosis & Therapy, successfully completing courses for the lower back, and upper back and Neck.

On his spare time, Nowaz enjoys reading books and he regularly trains at the gym and is a competitive amateur cyclist.

BOOK NOW
with Nowaz
in Dorval

Stanislav studied and obtained his master’s degree in physiotherapy at the University of Montreal. During his youth, Stanislav practiced several sports including hockey, badminton, karate, mixed martial arts (MMA), and many others. Currently, he enjoys working out at the gym. Passionate about physical activity, he aims to acheive an active approach with his patients. He was able to complete several continuing education courses to obtain the following certifications:

– Certification in Massage Therapy at the Academy of Scientific Massage

He employs several approaches in his treatments. He uses mobility, strengthening, motor control/stabilization and manual therapy.

He is currently aiming to complete his certification in the McKenzie-MDT method (Mechanical Diagnosis & Therapy). He treats musculoskeletal conditions including the spine, joints, muscles, and nerves. He passionately believes in self-management: he teaches you to self-assess, self-treat, teaches you about prevention and re-conditions you for your sport activity.

BOOK NOW
with Stanislav
in Cote-des-Neiges

Looking for team members from another specialty?

See all of our therapists.